Angling iQ is throwing an Atlantic salmon week on the app which made me think of salmon.. a lot. Not that I wasn´t thinking about it before but it made me think of what was my greatest catch so far, or most memorable.

It was a couple years back in the north when I headed to the countryside with my friend Maggi. On the way we listened to the song Down by the river by Milky Chance repeatedly. Very suitable for the coming adventure. We were going fishing the Blanda beat 1 in the north. What is great about this beat is the high catch statistic but at the same time the huge and strong salmon that can be found there. Monsters hiding down under. The beat is divided between 4 rods and 4 pools which makes it not that big and what I find fascinating is that you can closely watch other anglers and interact with them a bit while not fishing the same pool, tackling different fish. Especially on the upper part of the beat, where there are 2 pools opposite each other, often called Dammurinn and Holan.

We were fishing Holan pool with Spanish anglers opposite me at Dammurinn. All of a sudden I feel how my Göran Andersson bends slowly down. It kept going but very slowly until it stopped, I kept calm (or you know.. “calm” ) and watch as my line moved from my pool to the next, it was now located in the Spanish anglers pool, Dammurinn. This was a big one I thought but just as that slipped through my mind I hear the Spanish anglers screaming with joy that they have cought this huge salmon and start fighting it.

at was my salmon they were playing with! They had accidentally hooked my line and we were sharing the same salmon. I was already sharing my rod with Maggi, this was no time to be sharing salmon too. Their guide saw what happened and quickly cut their line so my salmon was “free” again, or so it thought.

The salmon took off heading quick up the stream and I ran after it as fast as I could. Through the rough terrain and up the next cliff, where it paused for a second, as if to let me catch a break. There I stood, about 5 meters just above the salmon and eyed it from below, forgetting I was standing on the edge of the cliff. Maggi slowly pulled me back reminding me the fish should come on dry land, not to get myself into the river. From that cliff I could see the whole 4 pools, up above the Spanish anglers were viewing the battle and soon after fighting their own and below there were group of other anglers enjoying themselves.

My salmon took off again visiting pools of another angler. I swear it felt like it visited every other pool but mine before it was finally in my hands. I could feel the adrenaline kicking as I landed it, like no other feeling. I smiled constantly for hours after that, with that little grin stuck on my face and I was floating in pink clouds of happiness.

This beat of the river I hold close, it fascinates me how big salmon you can find there and in not a longer stretch than that. From the terrain you can sometimes closely eye them, follow them and get that feeling you just want to jump into the river and swim in them. Much like the feeling of a kid in a candy store, you just cant control it.

You can now post your photo on the app if you want a chance to win this week.

All my best,
Vala

The river that takes my breath away

From swapping trout for chocolate to chasing salmon!

A whole new fishing year ahead

Fishing in Iceland on a budget advice 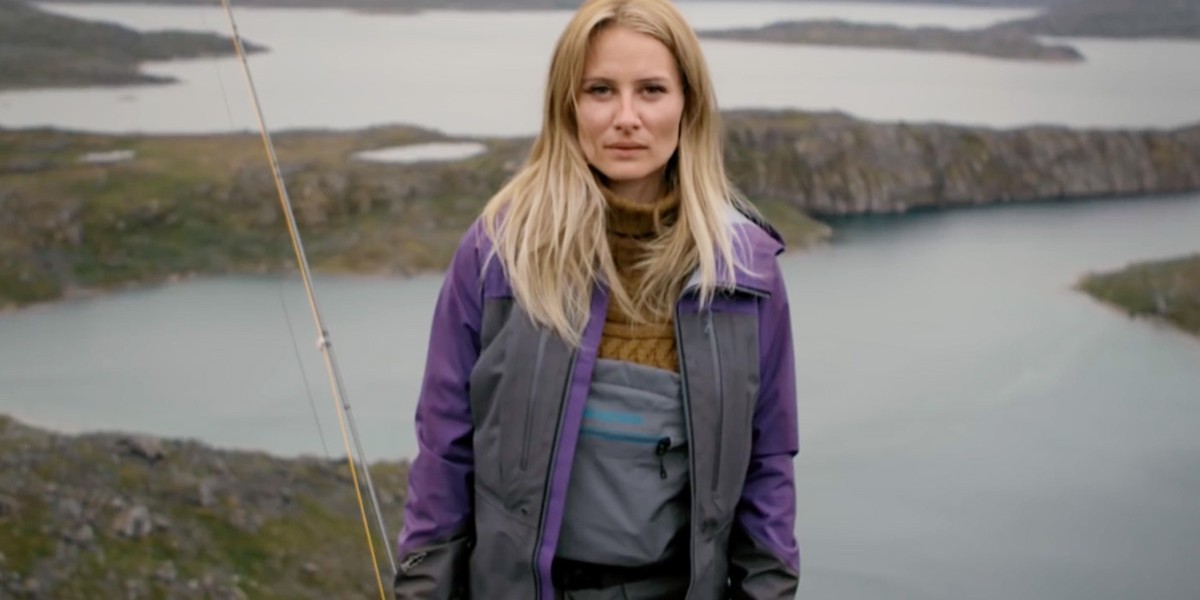